This year opens with the launch of a new machinery in the bakery sector: the Baking Loaders Manipulator.
It consists in a two controlled axes manipulator which facilitates works such as manipulations, load and unload or manual processing of bread or dough product, placed on baking loaders.
The trolley is placed in the loading area, and a motorized cradle-like mechanical structure, picks up a baking loader and positions it at the programmed operator's working height.
Once the operator has finished, he will furnish the consent to go on with the following frame, until the trolley is finished.

Another important update as concerned the Automatic Loader both the SMART TOP version and the SMART BASIC one.
Both the versions are now available in sizes 120 and 90 cm of width therefore amplifying the range. In addition new gears with quenched and rectified profile for the vertical movement and loader translation, have been adopted, guaranteeing long life, reliability and positioning precision.
But the more important modification has concerned with the reposition of some transmission and power organs, in such a way the belt works in plane so, making the breads transportation simpler.
Thus it has been necessary a significant redesign of the "heart" of the movement part of the loading bed, this occasion has allow us to improve the attached components.
A further configuration has been added: the load of the dough product from the baking loader. This solution, that is obviously applied to the lower width versions, consider an apposite station, where the trolley is deposited and, after the operator has furnished the consent, lifted at the loader gathering height thanks to a hydraulic system.
The laser scanner system has been introduced as option for the safety of the loader during movements, therefore suitable for those plants that temporarily need the passage thorugh the machinery work area and therefore it is not possible to use a fixed fence structure.

To be appreciated on the market does not allows you to become "static" so one of ours most successful machine, the robot trays loader PRATICO, has undergone an important restyling.
This update has involved:

Finally all the project has been re-designed in order to standardize and get better the larger part of the components, simplifying the spare parts in advance for the customer.

The new year starts proposing important improvements and updates regarding all the three working sectors of our production portfolio .
The Put-into-the-oven Loader is now available in further sizes and it has been moreover refined as regards the working logic and the mechanics, with the addition of importants optionals such as the Vacuum System for the cleaning operation and the air-conditioner for the electric switchboard.
In addition for the bakery sector it is available the new "EASY Automatic Trolleys Unloader".
Modern and robust machine, it allows to unload trays from the trolley and then to lead them onto a conveyor belt. It ideal working is in series with the Easy Automatic Loader.
This last has a new refined control electronics and higher quality refinements.
New for the both the EASYs is the version with trays movement toothed belts instead of chains to better adapt with 18-shelves trolleys.

2016 marks the renovation of our production in the paper and cardboard sector too: now the production line, keeping the appreciated general setting, has been improved with high quality and modern components.
As new entry we propose the Glue Tank for hot glue systems.
It is equipped with an electronic viscosity meter for the autonomous and automatic viscosity control.
This tank is totally insulated, in such a way to eliminate the annoying and dangerous risk of burns. It can work with our Automatic Gluing Machine "RAFFAELLO" or autonomously. 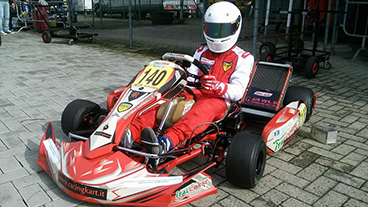 25/11/2015
AT THE APEX FOR THE SECOND TIME!
"Our" champion Gabriele Musio (no. 140) has won the ACSI National Final Race for the second year consecutively, at the "Le sirene" kart-track at Viverone (BI). The supremacy of Gabriele in the SUPERTAG category goes on. It is an hard category where it is necessary to never fear the competitors and to believe in itself and in the own team to win the races.
It has been the willpower itself that makes Gabriele to win without give up even when everything seem to goes wrong.
We are sure you will keep being like this, good luck Gabriele!

Finally important news are now available on our product portfolio as regard the special and dough sectors.
In particular, the automatic put-into-the-oven loader it is son of more than ten years of experience and improvements, that has carried us to realize a product at the worldwide vertex as regards quality and robustness, without forgetting a high level of customization.
So that is why we feel particularly honoured to present our new products, that are listed below: 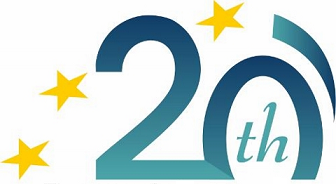 01/01/2015
TECNO MEA TURNS 20!
1994-2014 Twenty years have been passed. TECNO MEA has succeeded in overcoming the initial difficulties of insertion into its market sectors and by now it is a mature and solid reality, always ready to teak a challenge and to engage the new challenges imposed by the new technologies and by the global market.
Heartfelt thanks to anyone that has chosen us and to all commercial partners and suppliers that believe in TECNO MEA, allowing us to be always be at the cutting edge of technology. 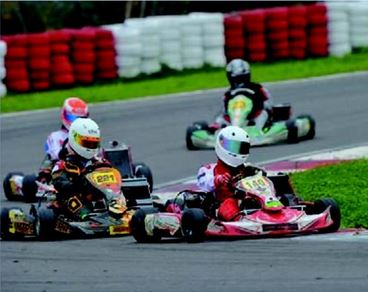 11/09/2014
TECNO MEA winnings in the MOTORSPORT too!
Our driver, Gabriele Musio (num. 140), wins the ACSI National Final Race, at the "San Martino del lago" (CR) racetrack.
It has been an engaging race, where Gabriele has been the protagonist, fighting until the end the last turn, where he launched the final attack so getting the ACSI National Champion title for the SUPER TAG category.
Heartfelt thanks from TECNO MEA staff and big wishes for the incoming agonistic season.